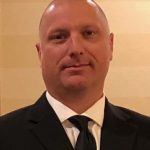 Brian Cooper is the current President of ASA.  He comes to us from  AROK, Inc., in Phoenix, Arizona, where he is a managing member.  Mr. Cooper has previously served as the ASA Vice President, as well as the ASA Treasurer and ASA Secretary before the positions were merged.  He grew up in Phoenix and is a third-generation member of his company. As a young child, he was inspired by and taught by his grandfather and father that treating people with respect is mandatory and you can still do business with a handshake. 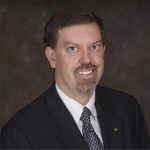 Brian Carroll is the current ASA Vice President.  He has previously served as the Secretary/Treasurer at ASA.  He is a co-owner and outside general counsel for LoneStar Paving in Austin, Texas.  Brian is also the managing partner at Sanford & Carroll, PC. The primary focus of his firm is representing contractors and subcontractors in the construction industry. He holds a Bachelor's of Science in Architectural Engineering from the University of Texas at Austin, as well as a law degree from Baylor. Prior to pursuing a law degree, Brian worked as a design engineer for two of the preeminent civil engineering firms in the nation. He has also taught senior and graduate level courses in contracts, liability, and engineering ethics at the University of Texas School of Engineering. 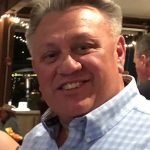 Ross (Rusty) Plowman currently serves as the Secretary/Treasurer for ASA.  He is currently 50% owner and Vice President of Delta Drywall Inc. He started as an Apprentice Carpenter at Delta in 1980 and became a journeyman during that time. He graduated with a Bachelors Degree in Construction Management in 1986 from Colorado State University, and that year Mr. Plowman started working for Delta as a PM/Estimator. 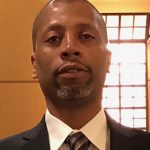 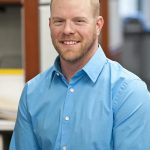 Andrew Christ, Cornell Roofing & Sheet, Co., Independence, MO.  Mr. Christ graduated from Kansas State University in 2008 with a Bachelor of Science degree in Construction Science and Management.  Before joining Cornell Roofing & Sheet Metal, Co, he worked for a large general contractor and helped deliver over $450 million in various projects throughout the United States.  Mr. Christ has been involved in the commercial construction industry since 2004 and became an ICC Accredited Commercial Building Inspector in 2010.  Mr. Christ currently serves as Vice President for the ASA of Greater Kansas City. 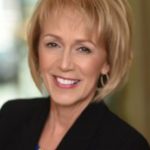 Gloria Hale is CEO, president and co-founder of Hale Glass, a commercial glass contractor from Orange County, California, that was founded in 1978. Gloria focuses on the business and finance side of the business, overseeing accounting, human resources, finance and insurance activities for the company.

Gloria serves on the national board of directors of the American Subcontractors Association (ASA) and previously served as president of the California Glass Association. As an active member of the Women Presidents Organization (WPO), an international group of women executives, she focuses on achieving professional growth in her own businesses and collaborating to support others. 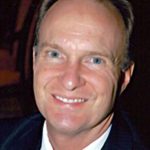 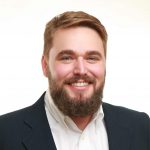 Drew is an Estimator/Project Manager for FL Crane &amp; Sons.  Drew has over 13 years of experience working in the construction industry working for a general contractor and FL Crane.  He graduated from Mississippi State University with a Bachelor of Science Degree in Building Construction Sciences.  Drew has served since 2017 on the Mississippi Chapter board and the executive committee. 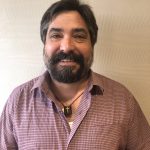 Stephen Bradley Miller comes to us from Midwest Crane & Rigging in Olathe, KS.  In 1977 Brad’s father, William, started a precast erection company called Building Erection Services. This company would grow and diversify into other areas of the construction industry. Brad starting working for his father during the summers and all holidays from 1984 to 1990 and upon graduation joined his father's company.  Brad joined the Operating Engineers in 1993. In 1998 Brad moved into a managerial role in St. Joseph, Missouri. In December of 2001 Brad transferred to Corporate headquarters in charge of the crane rental division.  Brad took over his father's position in local Chapter of ASA in 2005 and remains on the Advocacy Committee. 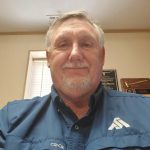 Kenneth Moore was born in September of 1960 in San Antonio, Texas.  He graduated from Southside H.S. in 1978.  Kenneth spent a short time going to college but quickly decided that it was not for him and went to work.  He worked for numerous cabinet and millwork companies in the San Antonio area before deciding to start his own casework and millwork shop in 1998.  Since then KCM Cabinets has grown to serve Texas and even some surrounding states.  A loving father and husband to wife, Beth Moore, two kids, Andrea Hannasch and Brad Moore, one step daughter, Tiffany Canada, and two step-grandsons, Hunter and Layne Canada.  When not working to grow his business Kenneth will most likely be found on the golf course, hunting, or at his property along the Texas coast fishing. 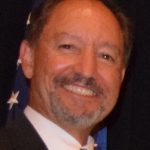 Ray has been an equal owner in Prime Electric, since its inception in 1998.  Prior to that Ray worked as a Project Manager and Estimator for Hughes Electric and Modern Electric from 1980 thru 1998.  Having worked for three successful electrical contractors for his entire career (since 1980) has given Ray a vast array of experiences and duties from both an employer’s perspective as well as that of a business owner. Ray attended the University of New Mexico with a major in Architecture and Planning.  Ray has been a member of ASA since 2000, served on the Board of Directors for ASA New Mexico for 6 years, was Secretary, Vice President and President for the local chapter. In 2017 Ray accepted a position to serve on the ASA National Board of Directors. 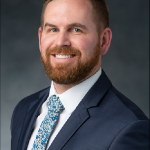 Aaron Parker is an Estimator/Project Manager at Silver Star Construction Co., Inc. He is a second generation construction worker, and starting working in the construction industry as young as 14 years old. He is a former college athlete at Missouri Southern State University where he played soccer. He has been the chairman for the Silver Star Community Team for three years in total, and is the Past President for the American Subcontractors Association of Oklahoma. He is now on the United Way Norman Board of Directors, as well as a Leadership Norman Class of 2019 "Best Class Ever" graduate.

When he is not hunting or golfing he likes to annoy his wife and their five animals. 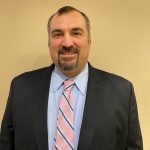 Mr. Val Perales is currently Vice President of Commercial Painting at Bazan Painting Company in St. Louis, MO.  He started with Bazan in 1995 while pursuing his Bachelor of Science Degree in Business Administration from the University of Missouri - St. Louis.  Val served as President of ASA Midwest Council (2017-2018) and currently sits on multiple committees of his local chapter. 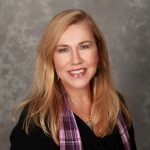 After becoming a Certified Drafter & Designer at Porter and Chester Institute, Ms. Peterson went to work in Ceco Concrete’s Hartford, CT engineering department in 1987, where she coordinated many large commercial & industrial projects throughout New England. During this time she attended Springfield Technical Community College (STCC) at night to pursue an Associate’s degree in Civil Engineering Technologies. In 1995, Peterson moved to Virginia and began working for Tindall Corporation, a Precast/Prestressed Concrete Manufacturer, where she later became a Project Manager, working on projects throughout VA, MD, and NY. She later earned a Bachelor's Degree in Civil Engineering Technologies from Old Dominion University.

In 2004 Ms. Peterson became a Senior PM, was later promoted to Director of Organizational Development, and is now the Director of Quality Standards, Training & Certifications. She has served as a Board Member at Large and on the executive track as a member of the ASA of Metro Washington Chapter . She’s now on her 2nd rotation on ASA’s National Board. 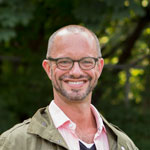 Tony Vermaas has been President/CEO and CFO for the Sobie Company since January 1, 2016, serving as CFO in the six months prior to taking over ownership from Austhof family. He has served on the West Michigan chapter of ASA since July 2016 serving as President from July 2018-June 2019. He is also a current board member of the ABC West Michigan chapter and has served in that capacity since January of 2017. Prior to his various roles with Sobie Company, Mr. Vermaas spent fifteen years running a number of service based national and international marketing and advertising firms.

For questions regarding the ASA Task Forces and Committees, please contact Shannon Oscar at soscar@asa-hq.com.

The American Subcontractors Association, Inc. (ASA) is a not for profit organization dedicated to representing the construction industry through advocacy, leadership, education and networking. ASA traditionally has demanded and received the highest ethical services from its volunteer and paid staff. In an effort to maintain the high standard of conduct expected of ASA with respect to the management of its own affairs and to enable ASA to continue to serve the construction industry, ASA adopts the following Code of Conduct applicable to all volunteers and paid staff.