On November 15, 2021, President Biden signed into law the bipartisan infrastructure bill, which included funding to build at least four hydrogen hubs with two being in regions with abundant natural gas reserves. The hubs intend to test different ways to produce and use hydrogen, which is emerging as one of the cleanest options to power industries that typically rely on fossil fuels, since burning the gas can generate electricity without apparently imposing carbon dioxide emissions into the atmosphere. Companies worldwide are exploring hydrogen as a fuel for long-haul trucks, factories, trains, ships and even airplanes, though many efforts are in their early stages. Establishing hydrogen hubs could provide the jolt needed for the gas to gain ground in the country.  Please see below: 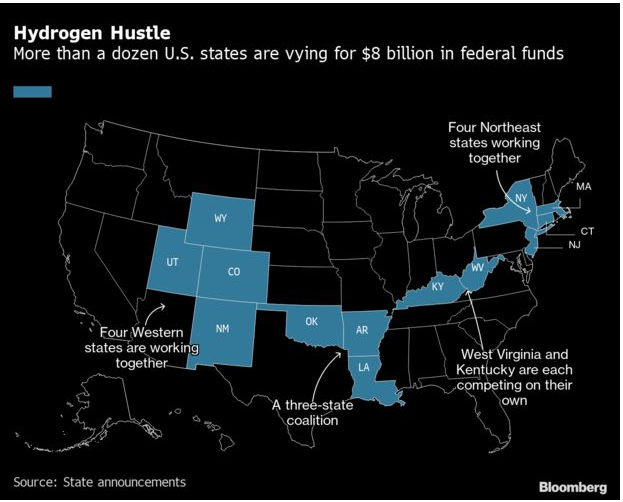