The House and Senate were not in session this week, but the fate of President Biden’s $4 trillion economic vision for the U.S. now rests with members of Congress turning his infrastructure and social-spending plans into legislation that can get through a narrowly divided Congress. Congress approved his $1.9 trillion coronavirus-relief plan in March, largely intact and less than two months after it was proposed. This time President Biden has offered a $2.3 trillion American Jobs Plan focused on infrastructure, manufacturing and corporate tax increases, and the $1.8 trillion American Families Plan.

Passing the spending and tax increases envisioned by President Biden will depend on members of Congress’ willingness to compromise, but without the urgency of the pandemic, the plans could be debated by Congress well into the fall or even 2022.  As of now, Speaker Pelosi has set a deadline of July 4th for House passage of both plans and Senate Minority Leader McConnell said that he does not expect any Republican votes for the infrastructure package as outlined by the White House, indicating his conference would refuse to support a bill that spends more than $600 billion. He also flatly rejected Democratic plans to raise revenue by rolling back the GOP’s 2017 Tax Cuts and Jobs Act, stating "we're not willing to pay for it by undoing the 2017 bill,” which McConnell called the "most significant domestic accomplishment" from the Trump-era Senate other than judicial confirmations. 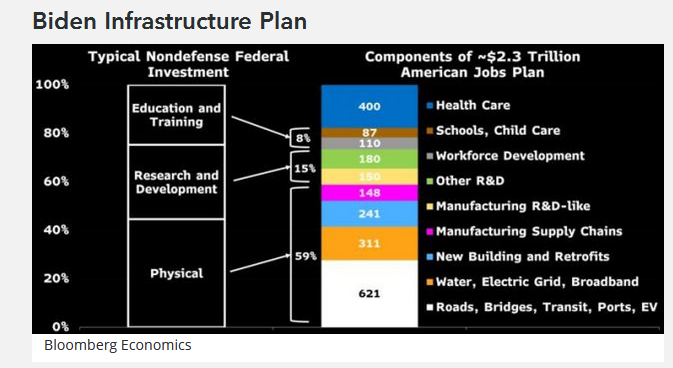